I recorded my iPhone's GPS position over time while taking the streetcar across Toronto so that I could compare it with the official GPS position reported by the TTC, the results are both great and meh at the same time.

As a summary, I went from Long Branch (the west end) eastward to Spadina. Half way through (at Humber Loop) all the streetcars were turning around in both directions so I had to transfer to a different streetcar, which continued my trip to Spadina. I took the GPS positions and converted them to UTM and then converted to a "distance along shape" in meters with the street car stops labelled as shown in the following plot. It's all a bit hand wavy but I guess you just have to trust me. 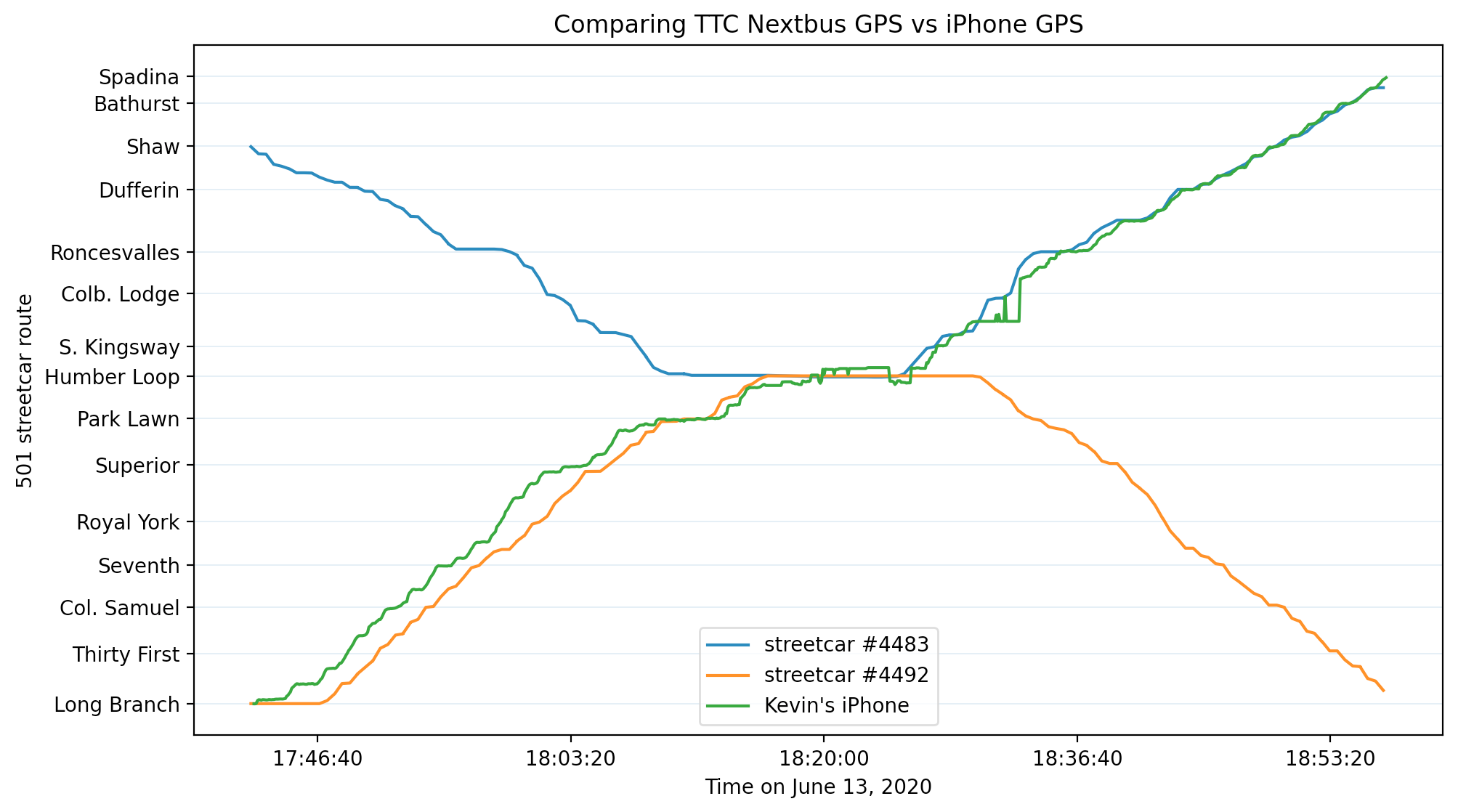 As you can see, it becomes pretty accurate east of Dufferin but the previous vehicle near Royal York is actually pretty terrible, sometimes as bad as 2 minutes incorrect. That doesn't sound like a big deal, but that could end up being a totally different vehicle. I'm not sure if it's my error or the TTCs and I'm not going to form an opinion until I have more data - a single ride is definitely not enough that's for sure. Still interesting enough to share.

The last few years I've been working with a super small team to build an avatar creation platform.
At the beginning the process required a 3d scanning booth with 70 cameras and perfect lighting, but now it only requires a mobile phone camera and two photos.
The avatar created from those 2 photos is production ready for our GIF keyboard. We have prototyped it's use in VR and games as well.
It's available for ios and android was available but there were a few bugs, it'll be back.

So as I described in my previous post, I've learned a bunch of Japanese Kanji.

The cool part is that Anki stores all my reviews in sqlite - so I know over the last 2 years when I've learned a Kanji, reviewed a Kanji or forgotten a Kanji. Per millisecond.

I guess it looks like this but more interactive:

I've also made the tool generic, so if you happen to also have learned Kanji using Anki, there's a db uploader that'll hook your data into my visualizer - let me know if it doesn't work!